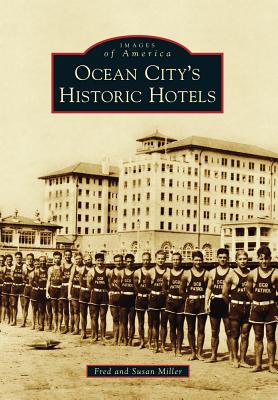 
Special Order—Subject to Availability
Ocean City, New Jersey, was founded as a Christian seaside resort in 1879. Soon thereafter, it became a vibrant year-round community and a highly desirable summer retreat. Hotels were integral to the city's success. The most famous of these was the Flanders Hotel, which opened to much fanfare in 1923. It was built in the Spanish Mission Revival style and named after Belgium's Flanders Field; today, it is in the National Register of Historic Places. In addition to other stately hotels, such as the Brighton, the Biscayne, and the Bellevue, many smaller hotels and guesthouses, like Jernee Manor, the Castle Inn, Locksley Hall, and the Scarborough Inn, were also established. Ocean City's Historic Hotels features the rich architectural and recreational history of this New Jersey coastal town and its many hotels.