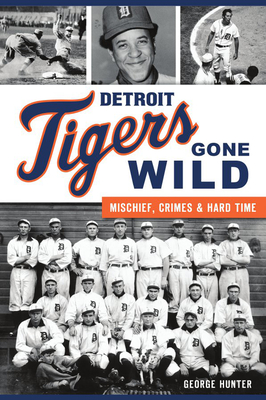 
Not On Our Shelves—Ships in 1-5 Days
The Detroit Tigers came out of the womb scratching and snarling. Early owner James D. Burns orchestrated the only known arrest of a journalist while covering a game. It's the only Major League franchise to sign a star player out of prison, which happened twice. Ex-Tigers have done time for crimes ranging from armed robbery to racketeering-and worse. One tried to burn and dismember a group of men after they kidnapped his mother. Another threatened to blow up a cruise ship unless he was paid a sizeable ransom. And Detroit legend Ty Cobb ran afoul of the law several times during his brilliant, tumultuous and often mischaracterized career. Join Detroit News writer George Hunter on a foray into the darkest, unruliest and sometimes funniest moments in Tigers history.