Murder & Mayhem in Dayton and the Miami Valley (Paperback) 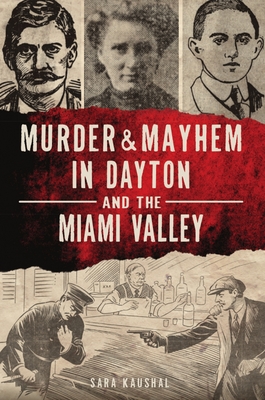 Murder & Mayhem in Dayton and the Miami Valley (Paperback)


Backordered
The Miami Valley of Ohio has a rich but gruesome and bloody history. In Dayton, Christine Kett murdered her daughter and confessed seventeen years later on her deathbed. William Fogwell of Beavercreek clung to life long enough to name his killer before he died. Joshua Monroe, a Yellow Springs man, killed his lover--also his sister-in-law--in a jealous rage. Reputed serial killer Oliver Crook Haugh was accused of murdering multiple women over several years, but he was ultimately convicted of killing only his family. Author and founder of the Dayton Unknown history blog Sara Kaushal uncovers the violent and horrific crimes of the past.