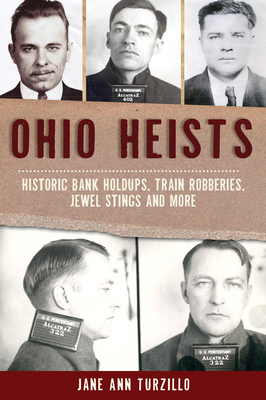 
Backordered
Ohio history overflows with tales of enterprising thieves. Vault teller Ted Conrad walked out of Society National Bank carrying a paper sack containing a fifth of Canadian Club, a carton of Marlboros and $215,000 cash. He was never seen again. Known as one of the most successful jewel thieves in the world, Bill Mason stole comedian Phyllis Diller's precious gems not once, but twice. He also stole $100,000 from the Cleveland mob. Mild-mannered Kenyon College library employee David Breithaupt walked off with $50,000 worth of rare books and documents from the college. John Dillinger hit banks all over Ohio, and Alvin Karpis robbed a train in Garrettsville and a mail truck in Warren. Jane Ann Turzillo writes of these and other notable heists and perpetrators.