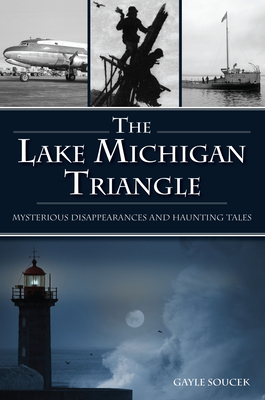 Sudden violent storms and rocky shoals have claimed the lives of countless mortals foolish enough to brave the treacherous surf of Lake Michigan. But is there another, unnatural force at work? A force that spirited away a ship's captain from a locked cabin without a trace? A force that caused a perfectly airworthy jet to fly into the waves, taking all its passengers to a watery death? Perhaps these tragedies are linked to numerous UFO sightings over the lake. Or perhaps a clue might be found in the prehistoric Stonehenge-like structures discovered deep beneath the crystalline blue surface.

Historian and storyteller Gayle Soucek will explore the mysteries behind the area known as the Lake Michigan Triangle.