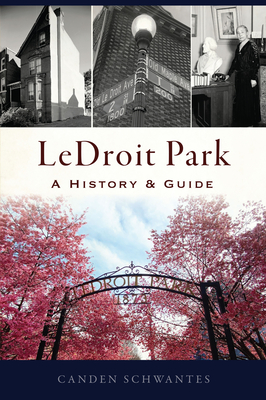 LeDroit Park's famed arch offers entry into a tree-lined neighborhood with unique architecture and a captivating history. Developed in 1873 by a Howard University trustee who refused to sell lots to Black Washingtonians, the neighborhood was designed to be both town and country, one of DC's earliest suburbs. Not long after the fences of this gated community were torn down, the demographics changed as members of the Black elite of Washington moved there. During the 20th century it was home to educators and activists, military men and artists, doctors and scientists - both white and Black, men and women.

Local historian and guide Canden Schwantes leads you through this neighborhood, small in size but large in history, to discover the stories of the people who called LeDroit Park home.