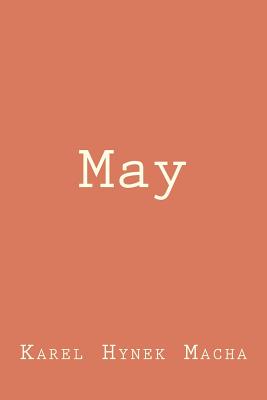 
Not On Our Shelves—Ships in 1-5 Days
(This book cannot be returned.)
The book is a translation, in rhymed and rhymic verse, of the Czech writer Karel Hynek Macha's long poem in the Byronic style, one of the most famous works of Czech literature. William Harkins is the translator and editor, and the poem, rendered here in both English translation and Czech, is accompanied by a preface and introduction. The story concerns the unhappy fate of a bandit hero who unwittingly kills his own father, who had seduced his lover. The poem is replete with an atmosphere of destiny and doom. The principal ironic device is paradox: life and love, emblematic of joy and happiness, lead inevitably to torture and death for the crime of parricide. Nature, at first rejoicing in the joy of love, turns into a mirror of gloom and death. Indeed, the poem is notable as one in the Byronic mode that closely involves Nature as a participant in the drama. Another notable feature is the poet's identification of himself with the victims of the tragedy, and the poem can be regarded as a premonition of the poet's imminent death, which occurred several months later in a tragic accident. Macha's poem was perhaps the strongest influence on subsequent Czech poetry and prose. Its romantic devices clearly anticipate much of twentieth-century literature: surrealism, existentialism, isolation and estrangement.