The Art of Conversion: Christian Visual Culture in the Kingdom of Kongo (Published by the Omohundro Institute of Early American Histo) (Paperback) 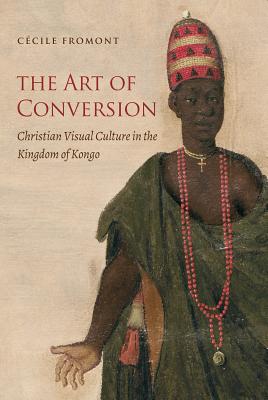 The Art of Conversion: Christian Visual Culture in the Kingdom of Kongo (Published by the Omohundro Institute of Early American Histo) (Paperback)


Not On Our Shelves—Ships in 1-5 Days
Between the sixteenth and the nineteenth centuries, the west central African kingdom of Kongo practiced Christianity and actively participated in the Atlantic world as an independent, cosmopolitan realm. Drawing on an expansive and largely unpublished set of objects, images, and documents, Cecile Fromont examines the advent of Kongo Christian visual culture and traces its development across four centuries marked by war, the Atlantic slave trade, and, finally, the rise of nineteenth-century European colonialism. By offering an extensive analysis of the religious, political, and artistic innovations through which the Kongo embraced Christianity, Fromont approaches the country's conversion as a dynamic process that unfolded across centuries.

The African kingdom's elite independently and gradually intertwined old and new, local and foreign religious thought, political concepts, and visual forms to mold a novel and constantly evolving Kongo Christian worldview. Fromont sheds light on the cross-cultural exchanges between Africa, Europe, and Latin America that shaped the early modern world, and she outlines the religious, artistic, and social background of the countless men and women displaced by the slave trade from central Africa to all corners of the Atlantic world.