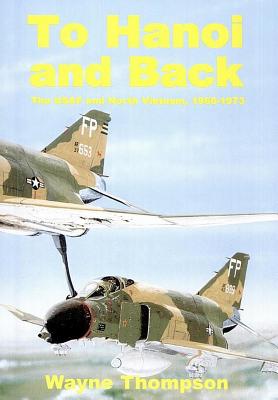 
Not On Our Shelves—Ships in 1-5 Days
(This book cannot be returned.)
No experience etched itself more deeply into Air Force thinking than the air campaigns over North Vietnam. Two decades later in the deserts of Southwest Asia, American airmen were able to avoid the gradualism that cost so many lives and planes in the jungles of Southeast Asia. Readers should come away from this book with a sympathetic understanding of the men who bombed North Vietnam. Those airmen handled tough problems in ways that ultimately reshaped the Air Force into the effective instrument on display in the Gulf War. This book is a sequel to Jacob Van Staaveren's Gradual Failure: The Air War over North Vietnam, 1965-1966, which we have also declassified and are publishing. Wayne Thompson tells how the Air Force used that failure to build a more capable service-a service which got a better opportunity to demonstrate the potential of air power in 1972. Dr. Thompson began to learn about his subject when he was an Army draftee assigned to an Air Force intelligence station in Taiwan during the Vietnam War. He took time out from writing To Hanoi and Back to serve in the Checkmate group that helped plan the Operation Desert Storm air campaign against Iraq. Later he visited Air Force pilots and commanders in Italy immediately after the Operation Deliberate Force air strikes in Bosnia. During Operation Allied Force over Serbia and its Kosovo province, he returned to Checkmate. Consequently, he is keenly aware of how much the Air Force has changed in some respects-how little in others. Although he pays ample attention to context, his book is about the Air Force. He has written a well-informed account that is both lively and thoughtful.
Wayne Thompson is Chief of Analysis at the Air Force History Support Office in Washington. During the Vietnam War, he served as an Army draftee at an Air Force intelligence station on Taiwan. He did his undergraduate work at Union College in Schenectady, New York, and the University of St. Andrews, Scotland. He earned his doctorate in history at the University of California, San Diego, under Armin Rappaport. In August 1990, Dr. T hompson joined the Checkmate air campaign planning group in the Pentagon. Subsequently he was Senior Historical Advisor for the Gulf War Air Power Survey. In 1995 the Air Force sent him to study bombing operations launched from Italy against Bosnian targets, and in 1999 the crisis in Kosovo turned his attention to air operations over Serbia.