Whisky Island: A portrait of Islay and its whiskies (Paperback) 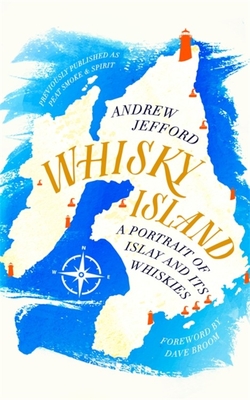 Whisky Island: A portrait of Islay and its whiskies (Paperback)

'This is not simply an appreciation of whisky, but a voyage into the history and geography of a tiny Scottish island' Daily Mail

Those who discover malt whisky quickly learn that the malts made on the Isle of Islay are some of the wildest and most characterful in the malt-whisky spectrum.

In Whisky Island, Islay's fascinating story is uncovered: from its history and stories of the many shipwrecks which litter its shores, to the beautiful wildlife, landscape and topography of the island revealed through intimate descriptions of the austerely beautiful and remote countryside. Interleaved through these different narrative strands comes the story of the whiskies themselves, traced from a distant past of bothies and illegal stills to present-day legality and prosperity. The flavour of each spirit is analysed and the differences between them teased out, as are the stories of the notable men and women who have played such a integral part in their creation.

Andrew Jefford studied at the Universities of Reading and East Anglia before working in publishing. For the last 30 years, he has written on whisky, beer and wine, as well as travel and perfume. His work has appeared in the Financial Times, TheTimes, the Guardian, Scotland on Sunday and the Evening Standard, as well as regularly in Decanter and World of Fine Wine; he has also broadcast extensively on BBC Radio Four. His other books include Andrew Jefford's Wine Course and the widely acclaimed The New France.