The Semiotics of Clowns and Clowning: Rituals of Transgression and the Theory of Laughter (Bloomsbury Advances in Semiotics) (Paperback) 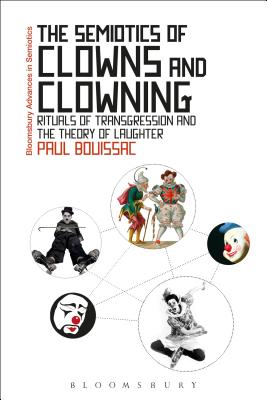 The Semiotics of Clowns and Clowning: Rituals of Transgression and the Theory of Laughter (Bloomsbury Advances in Semiotics) (Paperback)


Not On Our Shelves—Ships in 1-5 Days
During the last 300 years circus clowns have emerged as powerful cultural icons. This is the first semiotic analysis of the range of make-up and costumes through which the clowns' performing identities have been established and go on developing. It also examines what Bouissac terms 'micronarratives' - narrative meanings that clowns generate through their acts, dialogues and gestures.

Putting a repertory of clown performances under the semiotic microscope leads to the conclusion that the performances are all interconnected and come from what might be termed a 'mythical matrix'. These micronarratives replicate in context-sensitive forms a master narrative whose general theme refers to the emergence of cultures and constraints that they place upon instinctual behaviour.

From this vantage point, each performance can be considered as a ritual which re-enacts the primitive violence inherent in all cultures and the temporary resolutions which must be negotiated as the outcome. Why do these acts of transgression and re-integration then trigger laughter and wonder? What kind of mirror does this put up to society? In a masterful semiotic analysis, Bouissac delves into decades of research to answer these questions.
Paul Bouissac is Professor Emeritus at the University of Toronto (Victoria College), Canada. He is a world renowned figure in semiotics and a pioneer of circus studies. He runs the SemiotiX Bulletin [www.semioticon.com/semiotix] which has a global readership.