Reforging a Forgotten History: Iraq and the Assyrians in the Twentieth Century (Paperback) 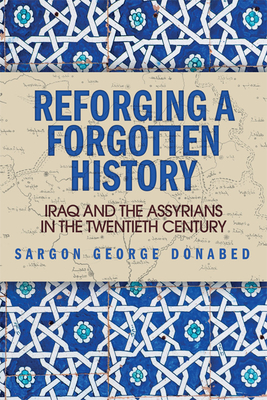 Reforging a Forgotten History: Iraq and the Assyrians in the Twentieth Century (Paperback)

Who are the Assyrians and what role did they play in shaping modern Iraq? Were they simply bystanders, victims of collateral damage who played a passive role in the history of Iraq? And how have they negotiated their position throughout various periods of Iraq's state-building processes?

This book details the narrative and history of Iraq in the 20th century and reinserts the Assyrian experience as an integral part of Iraq's broader contemporary historiography. It is the first comprehensive account to contextualize this native people's experience alongside the developmental processes of the modern Iraqi state. Using primary and secondary data, this book offers a nuanced exploration of the dynamics that have affected and determined the trajectory of the Assyrians' experience in 20th century Iraq.

Sargon George Donabed is Associate Professor of History at Roger Williams University in Bristol, Rhode Island. He is co-editor of The Assyrian Heritage: Threads of Continuity and Influence (Acta Universitatis Upsaliensis, 2012), Religion and the State: Europe and North America in the 17th and 18th centuries (Lexington Books, 2012) and The Assyrians of Eastern Massachusetts (Arcadia Publishing, 2006).