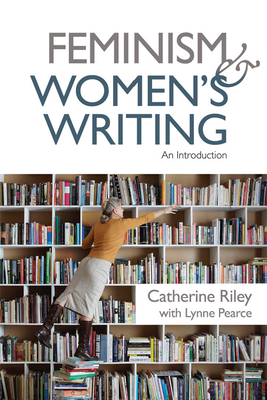 This book introduces you clearly and succinctly to the ways in which feminist ideas have transformed the form and content of British women's fiction and non-fiction writing. The Introduction sets out the critical background and the main feminist critical approaches to literature. This is followed by 5 chapters which outline feminist engagements with the canon, gender, the body, sexual difference and ethnicity to demonstrate the ways in which feminist ideas have affected the content of women's literature. The next 5 chapters examine types of fiction writing: romance, crime, science fiction, life-writing and historical fiction, to show the effect of feminist ideas on the form of women's literature.

Provides a clear overview of changing feminist debates and terms from the first to the fourth wave Each chapter ends with a list of primary texts and recommended further reading Assesses the ways in which literary, political and mainstream cultures, as well as the book industry, have impacted on the work and ideas of female writers
Catherine Riley is currently Head of Communications at the Women's Equality Party, the UK's first feminist political party. She is a feminist historian and writer, and an expert on contemporary feminist publishing in the UK. She has taught English Literature and Gender Studies at Lancaster and Northumbria Universities and Birkbeck College in London, where she completed her doctoral thesis on the feminist publisher Virago. Her monograph on this subject will be published in 2018. Lynne Pearce is Professor of Literary Theory and Women's Writing at the University of Lancaster. She has published widely in the field of literary and cultural theory, with particular interests in: feminist reader-theory (Woman/Image/Text (1991), Reading Dialogics (1994), Feminism and the Politics of Reading (1997), The Rhetorics of Feminism (1997); romance theory (Romance Writing, 2007); and mobilities research (Devolving Identities (ed.) (2000), Postcolonial Manchester (co-authored: 2013) Drivetime (2016). She is also Director of Humanities at the Centre for Mobilities Research, Lancaster.