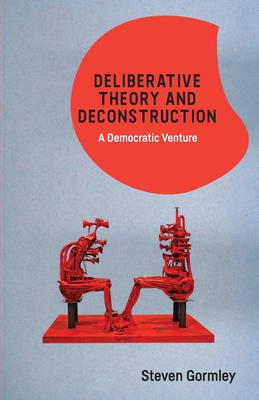 Our political climate is increasingly characterised by hostility towards constructed others. Steven Gormley answers the question: what does it mean to do justice to others? He pursues this question by developing a critical, but productive, dialogue between deliberative theory and deconstruction. Two key claims emerge from this. First: doing justice to the other demands that we maintain an ethos of interruption. And secondly: Such an ethos requires a democratic form of politics. In developing this account, Gormley places deliberative theory and deconstruction into critical conversation with the work of Mouffe, Aristotle, Rorty, Laclau and different traditions of critical theory.

Steven Gormley is a lecturer in Philosophy at the University of Essex. His research focuses on democratic theory, critical theory, deconstruction, and rhetoric. He has published articles on the normativity of deconstruction, the concept of forgiveness, and rhetoric and deliberative theory.