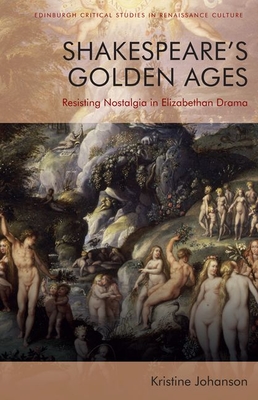 
Special Order—Subject to Availability
Diverging from critical paths that have focused on nostalgia as a memorializing practice or on Stuart nostalgia for Elizabeth, this book argues that Shakespeare's Elizabethan history plays stage nostalgia as a future-focused political rhetoric. In doing so, the book suggests new directions for studying nostalgia. Case studies including Richard II and Julius Caesar demonstrate how Shakespeare creates a dramatic argument for nostalgia's power and possibility, even as he represents the fruitlessness of trying to reclaim the past and the fiction of that past's ideal nature. In his dramaturgy, nostalgia functions as a persuasive call for (short-lived) political change. The book provides new interpretations of Shakespeare's contemporaries to illustrate how his use of nostalgia depends on, innovates from and influences his fellow playwrights. By reading literary, religious and political texts alongside Shakespeare's histories, this book attends additionally to the extra-dramatic
valences nostalgic rhetoric obtains in Elizabethan England.

Kristine Johanson is Senior Lecturer in English Literature at the University of Amsterdam. Alongside essays, articles, and reviews, her previous publications include editing and contributing to the Approaches to Early Modern Nostalgia special issue of Parergon (2016) and the scholarly edition Adaptations of Shakespeare from the Early Eighteenth Century (Fairleigh Dickinson UP, 2014). She co-directs the Grasping Kairos international research network.