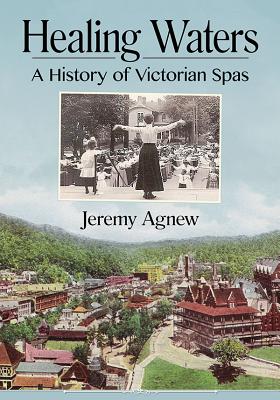 
Not On Our Shelves—Ships in 1-5 Days
Modern spas are wellness resorts that offer beauty treatments, massages and complementary therapies. Victorian spas were sanitariums, providing ""water cure"" treatments supplemented by massage, vibration, electricity and radioactivity. Rooted in the palliative health reforms of the early 19th century, spas of the Victorian Age grew out of the hydrotherapy institutions of the 1840s--an alternative to the horrors of bleeding and purging. The regimen focused on diet, rest, cessation of alcohol and foods that upset the stomach, stress reduction and plenty of water. The treatments, though sometimes of a dubious nature, formed the transition from the primitive methods of ""heroic medicine"" to the era of scientifically based practices.
Jeremy Agnew, a biomedical electronics consultant, holds a PhD in engineering and has been involved in the design and manufacture of medical devices for more than 30 years. He lives in Colorado Springs, Colorado, and has written several books on the Old West.