White Lens on Brown Skin: The Sexualization of the Polynesian in American Film (Paperback) 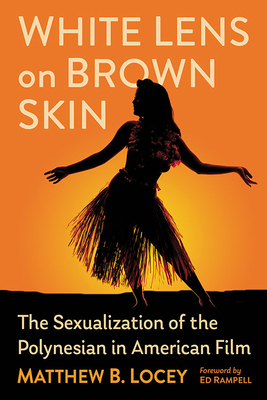 White Lens on Brown Skin: The Sexualization of the Polynesian in American Film (Paperback)

By Matthew B. Locey


Coming Soon—Pre-Order Now
From the earliest accounts of contact with Europeans, Polynesians have been perceived as sensual and sexual beings. By the late 1800s, publications, lectures and stage plays about the Pacific became popular across Europe, and often contained exotic and erotic components. This book details the fusion of truth and fiction in the representation of Pacific Islanders, focusing on the sexualization of Polynesians in American cinema and other forms of mass communications and commercial entertainment. With messaging almost subliminal to American audiences, the Hollywood media machine produced hundreds of tropical film titles with images of revealing grass skirts, scanty sarongs, female toplessness and glistening exposed male pectorals. This critical filmography demonstrates how the concept of "sex sells," especially when applied on a large scale, shaped American social views on Polynesian people and their culture. Chapters document this phenomenon and an annotated filmography of sexualized tropes and several appendices conclude the book, including a glossary of Polynesian terms and a film index.
Matthew B. Locey worked for many years in the Hawaii film industry as a member of the prestigious Directors Guild of America. He is also a founding member and president of the South Seas Cinema Society. Having lived in Hawaii for the majority of his life, he currently resides in Rancho Cucamonga, California.