Lost Bird of Wounded Knee: Spirit of the Lakota (Paperback) 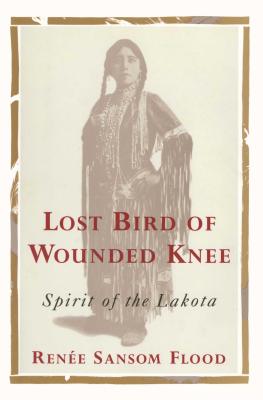 Lost Bird of Wounded Knee: Spirit of the Lakota (Paperback)


Not On Our Shelves—Ships in 1-5 Days
This “powerful and chilling” (Publishers Weekly) account of a young girl taken from her native land in South Dakota after the 1890 massacre of Lakota men, women, and children describes the story of Lost Bird and the destruction of life for a Native American orphan being raised as a white child outside of her tribe.

When Lost Bird was found alive as an infant under the frozen body of her dead mother following the December 1980 massacre at Wounded Knee, a general from the U.S. Seventh Cavalry made the choice to adopt her. While the general, Leonard W. Colby, who would later become the Assistant Attorney General of the United States, swore to provide Lost Bird with a good life, his true meaning of adopting the Native American infant was to exploit her to bring in prominent tribes to his law firm.

After growing up a lonely child with no true meaning of belonging, Lost Bird lived a brief but harsh life filled with sexual abuse, painful marriages, tribe rejection, and prostitution before she died at young age of twenty-nine.

In the words of a former social worker that was instrumental in the moving of Lost Bird’s remains from an unmarked grave in California to her homeland at Wounded Knee, Lost Bird of Wounded Knee is a remarkable biography examining the life of woman who became a symbol of the warring culture that entrapped her. Through the story of Lost Bird’s life, Flood sheds light on the heartbreaking microcosm of the Native American children who have lost their heritage through adoption, social injustice, and war.
Renee Sansom Flood is a historian, educator, and award-winning author of Lost Bird of Wounded Knee.