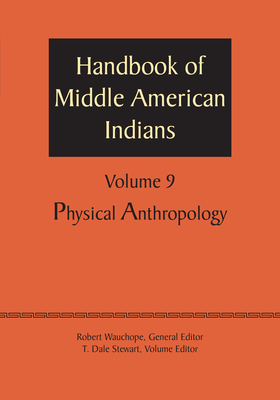 Physical Anthropology is the ninth volume in the Handbook of Middle American Indians, published in cooperation with the Middle American Research Institute of Tulane University under the general editorship of Robert Wauchope (1909–1979). The volume editor is T. Dale Stewart (1901–1997), senior physical anthropologist of the United States National Museum, Smithsonian Institution, former director of its Museum of Natural History, and a past president of the American Association of Physical Anthropologists.

The articles in this volume, together with illustrations, tabular data, bibliographies, and index, constitute an invaluable reference work on the human biology of Middle America and its relationships to human society and culture.

Contents include the following articles: