Moonlight Over Korea: Travels in the Hermit Kingdom (Paperback) 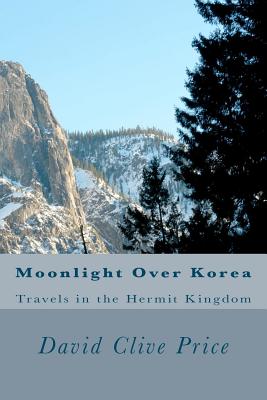 Moonlight Over Korea: Travels in the Hermit Kingdom (Paperback)


Not On Our Shelves—Ships in 1-5 Days
(This book cannot be returned.)
This journey into the heart of South Korea takes the reader from the birth of democracy and the hosting of the Olympics Games in 1988 to the brash, sophisticated, highly creative Korea of today. On the way, the writer pauses at Korean temples, mountain hermitages, the border with North Korea, romantic islands and ancient capitals to evoke a portrait of a country in constant, dynamic flux.
David Clive Price was born in London and studied history at Cambridge and in Italy, where he farmed and began to write. Among his books are the travel narratives The Other Italy, Travels in Japan, and Between Two Seas: A Journey into South Korea. He has also published travel books on the Forbidden City and Hong Kong, as well a book on the Food of Korea and on Buddhism in Asia. David's novel Chinese Walls, a story of secret love and betrayal in the corporate and political world of London and Hong Kong, was published in May 2011. His first novel, Alphabet City, was set in the Lower East Side of Manhattan in the early 1980s and was described by the novelist Edmund White as delivering "the heart of New York, alive and throbbing on the page". David is an authority on the life and works of Pier Paolo Pasolini, whose travel narrative The Scent of India he has translated into English. New Kindle editions of Alphabet City and Chinese Walls were published in summer 2011. Amazon paperback and Kindle editions of The Scent of India, The Other Italy and Moonlight Over Korea will be published in June and July 2012. David has recently completed a new novel, The Venus Post, set in a UK care home, New York and Burma, and he is currently working on a historical thriller about the Neopolitan prince-composer Carlo Gesualdo, who murdered his wife and her lover in 1590.