In the Skin of the City: Spatial Transformation in Luanda (Paperback) 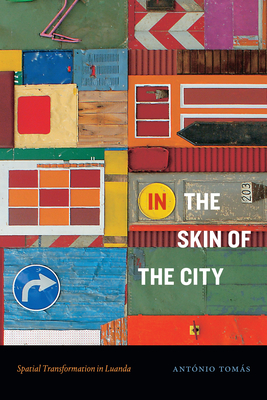 In the Skin of the City: Spatial Transformation in Luanda (Paperback)


Not On Our Shelves—Ships in 1-5 Days
With In the Skin of the City, Ant nio Tom's traces the history and transformation of Luanda, Angola, the nation's capital as well as one of the oldest settlements founded by the European colonial powers in the Southern Hemisphere. Drawing on ethnographic and archival research alongside his own experiences growing up in Luanda, Tom's shows how the city's physical and social boundaries--its skin--constitute porous and shifting interfaces between center and margins, settler and Native, enslaver and enslaved, formal and informal, and the powerful and the powerless. He focuses on Luanda's "asphalt frontier"--the (colonial) line between the planned urban center and the ad hoc shantytowns that surround it--and the ways squatters are central to Luanda's historical urban process. In their relationship with the state and their struggle to gain rights to the city, squatters embody the process of negotiating Luanda's divisions and the sociopolitical forces that shape them. By illustrating how Luanda emerges out of the continual redefinition of its skin, Tom's offers new ways to understand the logic of urbanization in cities across the global South.