Clark Ashton Smith: A Critical Guide to the Man and His Work, Second Edition (Paperback) 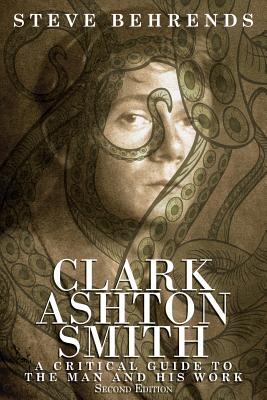 Clark Ashton Smith: A Critical Guide to the Man and His Work, Second Edition (Paperback)


Not On Our Shelves—Ships in 1-5 Days
(This book cannot be returned.)
Clark Ashton Smith (1893-1961) was a major writer of fantasy and science fiction during the first half of the twentieth century. Together with H. P. Lovecraft and Robert E. Howard, Smith was one of the "Three Musketeers" of legendary Weird Tales magazine, and contributed some of the most distinctive (and controversial) fantastic fiction to ever appear in Hugo Gernsback's Wonder Stories. His "City of the Singing Flame" and "Vaults of Yoh-Vombis" are acknowledged classics in the field, but represent only two selections from a career that produced more than one hundred short stories and over five hundred poems. His imagination roamed the exotic realms of Zothique, Poseidonis, and Averoigne, settings for piquant and colorful tales of beauty and death--stories that value image and atmosphere over plot and action, told in a richly ornate prose-style that has won him ardent admirers, and has influenced such writers as Ray Bradbury, Jack Vance, and Bruce Sterling. This Second Edition of the first book-length study of Smith--a substantial examination of his life and works, his artistic evolution and literary heritage--includes a supplementary suite of essays that delve into the most interesting aspects of Smith's fiction, plus Smith's own tale of Mars, "Mnemoka," unpublished in his lifetime, but resurrected here from the fragments of its burned manuscript. Drawing on unpublished materials and correspondence, and conversations with surviving friends and colleagues, critic Steve Behrends paints a portrait of Clark Ashton Smith as a gifted, stubborn iconoclast, one of the last surviving Romantics in the heyday of Realism--a man born outside his time, whose escape lay in the dream-journeys of his fiction and poetry.