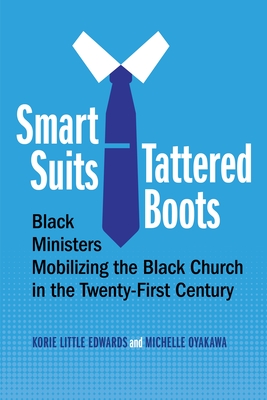 Dr. Martin Luther King Jr. along with many of his Black religious contemporaries courageously mobilized for freedom, ushering in the civil rights movement of the mid-twentieth century. Their efforts laid the groundwork for some of the greatest legislative changes in American history. Today, however, there is relatively limited mass mobilization led by Black religious leaders against systemic racism and racial inequality. Why don't we see more Black religious leadership in today's civil rights movements, such as Black Lives Matter? Drawing on fifty-four in-depth interviews with Black religious leaders and civic leaders in Ohio, Korie Litte Edwards and Michelle Oyakawa uncover several reasons, including a move away from engagement with independent Black-led civic groups toward white-controlled faith-based organizations, religious leaders' nostalgia for and personal links to the legacy of the civil rights movement, the challenges of organizing around race-based oppression in an allegedly post-racial world, and the hierarchical structure of the Black religious leadership network, which may impede ministers' work towards collective activism. Black clergy continue to care deeply about social justice and racial oppression. This book offers important insights into how they approach these issues today, illuminating the social processes that impact when, how, and why they participate in civic action in twenty-first-century America. It reveals the structure and limitations of the Black religious-leader community and its capacity for broad-based mobilization in the post-civil rights era.
Korie Little Edwards (Author) Korie Little Edwards is Associate Professor of Sociology at The Ohio State University. She is the author of The Elusive Dream: The Power of Race in Interracial Churches (OUP, 2008) and co-author of Against All Odds: The Struggle for Racial Integration in Religious Organizations (NYU Press, 2005). Michelle Oyakawa (Author) Michelle Oyakawa is Assistant Professor of Sociology at Muskingum University.