How I Got To Hope (Paperback) 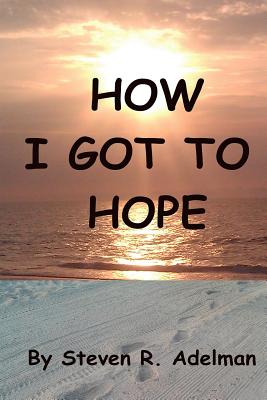 How I Got To Hope (Paperback)


Not On Our Shelves—Ships in 1-5 Days
(This book cannot be returned.)
All my life included feeling awkward, not fitting in, low self-esteem, bullying, mental illness, arson, theft, vandalism, special education, depression, marijuana addiction, alcoholism, drug abuse, sexual promiscuities, suicide, encounters with the law, accidents, illnesses, and more. The different paths taken over the years led me down an even more destructive cycle experiencing despair, loss of meaning, fear, and insanity. I finally realized for myself that I had a huge problem. No longer did I feel any doctor, medicine, or drug could ever help me manage anything in my life. My chance at any future was hopeless. The last little bit of power I thought within me was extinguished. There were a few horrible ways this could have ultimately ended. Luckily, I found the road to recovery including the 12 steps. This part of my story explains in great detail the very beginning of my new life and the first five years afterward. That takes me to the point of writing this book. Doing this was my way of expressing gratitude and trying to carry a message to others who feel alone and without hope like I once did. There is hope.
Steven Adelman was born November 16, 1968 in Hillsdale, New Jersey the youngest of four children. He accidentally started a house fire at the young age of five resulting in being diagnosed prematurely as mentally ill. This increased his feelings of being out of place, not fitting in, being defective, and resulted in low self-esteem, getting teased, bullied, and having problems in school until being labeled as Emotionally Disturbed and being placed into 'Special Ed'. This escalated into trouble with the law, neighbors, friends, family, and himself. Years of alcoholism, marijuana addiction, and other drug abuse eventually lead to isolation, depression, and despair. There seemed to be nothing left before reaching near suicide around January 31, 2008. This was soon before entering an outpatient rehab to first become (and remain) sober, clean, and working the 12 steps to recovery. His first book, "Honest Open Willing...My Journey From Despair To Hope" was published in an attempt to show the public that people with addictions, mental illnesses, and different problems need understanding and support. Steven Adelman continues trying to carry the message as a way of expressing gratitude. If others can identify with him then maybe they will know they are not alone and that there is hope for them too!