Visions of Salvation: Chinese Christian Posters in an Age of Revolution (Hardcover) 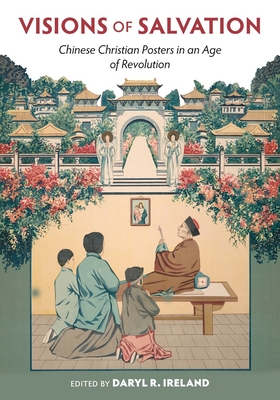 Visions of Salvation: Chinese Christian Posters in an Age of Revolution (Hardcover)

Between the May Fourth Movement of 1919 and the Communist Revolution of 1949, Chinese Christians had to compete with Nationalist and Communist ideologies over how best to save the nation. They, along with China's political parties, adopted propaganda posters and relied on their eye-catching colors and potent symbolism to win the hearts of the masses. Because these images were meant to attract the public, we can look at the posters and ask, What did Christian artists and evangelists believe would appeal to viewers? How did they choose to present the gospel to a Chinese audience?

The answers may come as a surprise, as Jesus is scarcely present. Instead, playful children, the Chinese flag, lotus flowers, clean teeth, and other images became the vehicles Christians used to address the felt needs and aspirations of a nation struggling to survive. Unpacking the significance of these and other visual cues, Visions of Salvation offers a fresh look at Chinese history and theology.

Drawing on a landmark collection of more than 200 color prints, assembled and analyzed here for the first time, leading scholars in Chinese Studies, mission history, Chinese Christianity, and visual culture reassess various facets of Chinese life in the second quarter of the twentieth century. In an age of revolution, political activists were not the only ones advancing prescriptions for change. Chinese Christians also pursued a New China, as one poster explicitly put it. Though later suppressed and largely forgotten, Christian posters placarded the country for thirty years with an alternative vision of national salvation.

Daryl R. Ireland is Research Assistant Professor of Mission at Boston University and an ordained minister in the Church of the Nazarene. He is the author of John Song: Modern Chinese Christianity and the Making of a New Man.