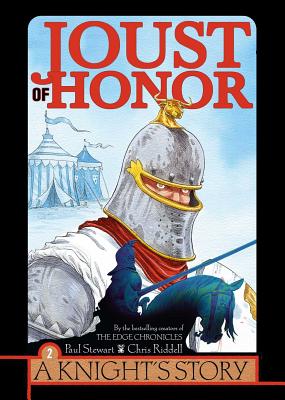 
Special Order—Subject to Availability
I became aware of a fierce, stabbing pain in my shoulder where Hengist's lance had struck. I'd felt the blow of a blunted tournament lance many times before -- a dull, bruising ache. But this was different. I put my hand to my shoulder and was shocked to feel the end of a shattered lance shaft.
A red mist descended. I was gripped by a murderous rage. I jumped to my feet, and as I drew my sword, the crowd gave a thunderous roar.
Paul Stewart is a writer of children's books.