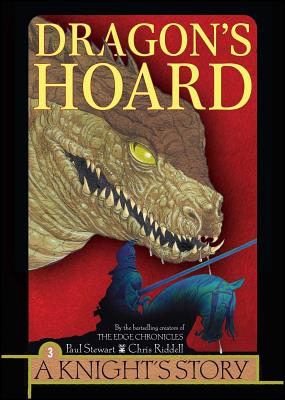 
Not On Our Shelves—Ships in 1-5 Days
"Wake up, Sir Knight!
Wake up!"
My eyes snapped open, and I sprang to my feet, drawing my sword as I did so.
There was the merchant, the whites of his terrified eyes glinting in the firelight. He was raving. "It's out there!" he cried. "It's out there!"
"What's out there?" I asked, placing a hand on his shoulder to steady him.
The merchant gripped my arm with both hands and drew his face close to mine. His forehead was drenched with sweat, his eyes were wide, his voice a little more than a whisper.
"The dragon, of course," he croaked.
Paul Stewart is a writer of children's books.