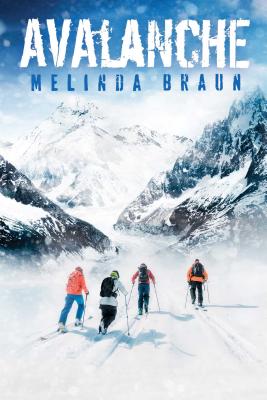 
Special Order—Subject to Availability
Two groups of teens—those waiting to be saved and those doing the saving—are in a race against time and a battle against Mother Nature after an avalanche traps them in an isolated cabin in this chilling novel.

“I promise it’ll be a weekend you’ll never forget.”

A trip like that is exactly what Matt was hoping for—a fun adventure. A daring escape. A once-in-a-lifetime opportunity to go backcountry skiing in a thrilling but dangerous pass through the Rocky Mountains. The perfect way for Matt to forget about his disappointing father and maybe let loose a little with his best friend and a group of carefree adrenaline junkies.

But then their guide takes them off-path…and straight into an avalanche. By the time they make it safely into an abandoned cabin, one skier is dead and another severely injured. Trapped with no heat, no water, and no radio the group decides to wait it out. Help will come. It has to.

But it doesn’t. And Matt knows if they wait any longer they’ll be dead—just another bunch of victims in Mother Nature’s twisted games. Armed with only a handful of supplies and his fierce determination Matt decides to goes head-to-head with the elements, battling hypothermia, frostbite, and even mountain lions in order to find help and save them all. That is if Mother Nature doesn’t kill him first.
Melinda Braun grew up in Wisconsin and received her Bachelor’s degrees in Psychology and English from the University of Minnesota. Currently, she lives in the Twin Cities with her husband and daughter. Although she loves hiking and camping, she does not enjoy portaging canoes. Stranded is her first novel.
Braun intersperses the nail-biting suspense with humor and depth. Her realistically varied characters never fall into stock characterization, and shifting points of view, including that of a mountain lion, add compelling perspective and drive the plot forward. With accessible, propulsive writing, this survival adventure tale will be a hit with a broad audience.

Braun’s cinematic descriptions place readers in the middle of the action, while touches of humor and contemplation about life and family issues will keep them interested in the characters.
— School Library Journal

Braun is talented at describing suspenseful threats, such as the steady approach of a mountain lion that realizes that injury makes a human easy prey. Just the ticket for readers who like hearty doses of suspenseful adventure.
— Kirkus