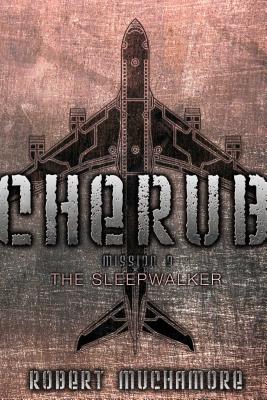 This is book number 9 in the CHERUB series.

Teen special agents investigate a deadly plane crash in the ninth book of the CHERUB series, which Rick Riordan says has “plenty of action.”

In The Sleepwalker, a commercial plane explodes over the Atlantic Ocean leaving 345 people dead. Crash investigators suspect terrorism, but they aren’t getting anywhere. But when a distressed twelve-year-old calls a police hotline and blames his father for the explosion, James Adams and his sister Lauren are assigned to befriend the boy to find out the shocking truth…
Robert Muchamore was born in London in 1972 and used to work as a private investigator. CHERUB is his first series and is published in more than twenty countries. For more on the series, check out CherubCampus.com/USA.