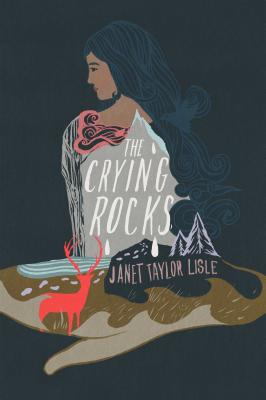 
Special Order—Subject to Availability
From Newbery Honor author Janet Taylor Lisle comes a lyrical story about one girl’s discovery of her startling past—and her search to understand her complicated present.

Joelle’s height and dark skin set her apart from everyone in Marshfield. It’s no secret that she’s adopted, but where is she from? Aunt Mary Louise says she came from Chicago on a freight train, but the story doesn’t sit right with Joelle. There’s something more. She feels it.

Carlos, the quiet boy in Joelle’s Spanish class, sees it. When he tells her that she looks like a girl in the town library’s old mural of Narragansett Indians, Joelle can’t help sneaking a look. She’s surprised by a flicker of recognition. And when Carlos tells her about the Crying Rocks, where the ghosts of Narragansett children are said to cry for their lost mothers, Joelle knows she must visit them.

When they finally set out through the forest, neither she nor Carlos anticipates the power of the ancient place, or the revelations to be found there—about the pasts they’ve both buried, and the discovery of a rare kind of courage that runs deep in Joelle’s family.
Janet Taylor Lisle’s books for young readers have received the Newbery Honor Award (Afternoon of the Elves), the Scott O’Dell Award for Historical Fiction (The Art of Keeping Cool), Holland’s Zilveren Griffel, and Italy’s Premio Andersen Award, among other honors. A graduate of Smith College and former journalist, Janet lives in Rhode Island and often draws on Rhode Island history in her work. Visit her online at JanetTaylorLisle.com.