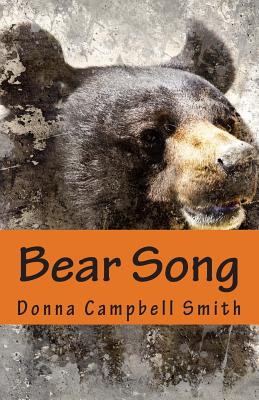 
Not On Our Shelves—Ships in 1-5 Days
(This book cannot be returned.)
Bear Song is the story of a small English Colony that history tells us mysteriously disappeared from Fort Raleigh on Roanoke Island in the late sixteenth century. In Bear Song the colonists have found refuge on the mainland with the Lake People. They learn survival skills from their hosts, and for a time the two cultures live in harmony. Virginia Dare, the first English child born in America, never knew any other life and fits happily into the village routine, but not without a few escapades. Eleanor, her mother, lives in fear of the wild animals and of their hosts. Gray Squirrel, known for her wisdom and healing skills, plays an important role in binding the two cultures. But the whole village is at risk of being wiped out when a small pox epidemic is brought to the village through an innocent act of kindness. First the old and very young die. Gray Squirrel tries everything she knows to heal her people but nothing works. Just as she loses all hope a bear comes to her in a dream. But does his healing message come in time to save the villagers?
Donna Campbell Smith grew up just a few miles inland from North Carolina's Outer Banks. It is only natural she chose these barrier islands and the eastern region of North Carolina as the setting for her young adult novels, An Independent Spirit, Pale as the Moon, and now, Bear Song. Donna is a certified riding instructor with an AAS degree in equine technology. Her articles and stories have appeared in several print and online publications. Donna writes from her home in Franklin County, North Carolina. She is an active member of Franklin County Arts Council, and was named Franklin County Arts Council Artist of the Year in 2011.