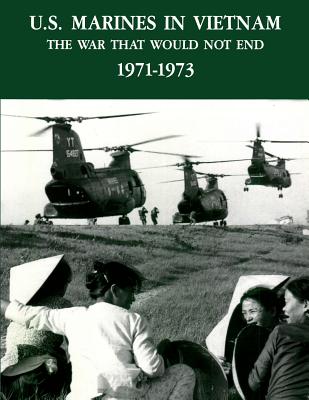 
Not On Our Shelves—Ships in 1-5 Days
(This book cannot be returned.)
This is the eighth volume of a projected nine-volume history of Marine Corps operations in the Vietnam War. A separate functional series complements the operational histories. This volume details the activities of Marine Corps units after the departure from Vietnam in 1971 of III Marine Amphibious Force, through to the 1973 ceasefire, and includes the return of Marine prisoners of war from North Vietnam. Written from diverse views and sources, the common thread in this narrative is the continued resistance of the South Vietnames Armed Forces, in particular the Vietnamese Marine Corps, to Communist aggression. This book is written from the perspective of the American Marines who assisted them in their efforts. Someday the former South Vietnamese Marines will be able to tell their own story.