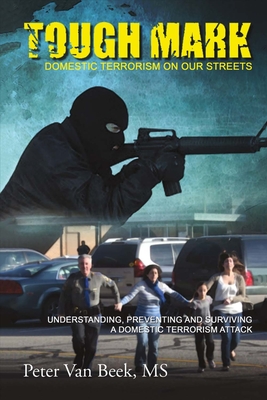 
Special Order—Subject to Availability
Domestic Terrorism On Our Streets is based on the premise that government can protect us only so far, and everyday citizens must be part of the solution to the threats we face. The book begins with an overview of terrorism in our country today — who terrorist are, how they function, and what they want.
With this foundation in place, the author then describes in detail the weapons terrorists often use, from knives to guns to improvised explosive devices. This useful knowledge gives citizens the best chance of recognizing a potential attack before it happens and responding effectively if one occurs.
The book also includes a thorough discussion of suspicious activities, behaviors, and objects. The author shows readers how to avoid superficial or stereotypical profiling, and instead provides proven methods to truly analyze one’s surroundings and recognize possible threats. Constant vigilance is our most effective tool to reduce the likelihood of terrorist attacks. With the information and techniques provided in this book, readers can train themselves to view at the world through the powerful lens of awareness and intuition that is too often ignored.
Despite the best preventive efforts, attacks can still happen, and people need to know how to respond. The author covers probable scenarios, such as shootings and bombings, as well as prolonged attacks that could require citizens to shelter in place and survive for days at a time. The book provides many practical tips to prepare for such events, including items to keep on hand in the car and at home.
The government cannot realistically prevent all acts of terrorism, given the nature and scope of the threat. Ordinary citizens must do their part to keep themselves and their families safe. Domestic Terrorism On Our Streets is a perfect resource for anyone who wants to know how to prevent, recognize, respond to, and survive domestic terrorism.

Peter Van Beek is a nationally recognized security expert and author of Domestic Terrorism On Our Streets, Tough Mark For Women, Charlie And The Bully and Operation Secure Transport. In 2001 and again in 2005 he wrote, filmed, and produced our nation’s first terrorism prevention programs for the motorcoach and school bus industry. Over his 30-year career, Peter has provided expert witness testimony to the federal Motor Carrier Safety Administration and the National Transportation Safety board. He has also developed terrorism prevention programs under contract to the Department of Homeland Security/TSA. As an author and corporate trainer, Peter focuses on teaching people how to recognize, prevent, and respond to attack or assault situations. His most recent book, Domestic Terrorism On Our Streets, deals with current terror risks and outlines practical techniques that anyone can use to prevent or effectively respond to a domestic terror attack. Peter holds a master’s degree in Safety and Health Engineering, numerous professional certifications and has received 16 film festival awards for his training programs. Pete is a martial arts practitioner with a black belt in Kuk Sool Won and is the proud parent of an amazing photographer. When he’s not busy making our citizens safer, Peter enjoys working with young people and heads a foundation that works to guide youth out of negative situations.