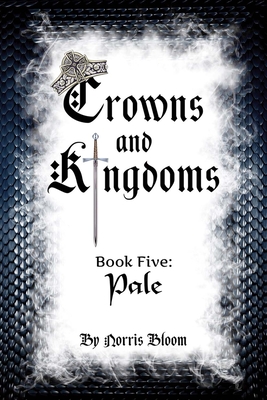 This is book number 5 in the Crowns and Kingdoms series.

Young Brennus is not one bit surprised when Aegis of Pale arrives at the secret cottage in Tarshish and tells him that King Rory the Red has summoned him back to Pale Castle. But once in the kingdom of Pale, Brennus is very surprised to find his kingdom involved in a brutal feud with the neighboring kingdom of Britannia. In addition, tales of invaders from the north sailing toward their kingdom has King Rory preparing for battle. Will Brennus be able to help the kingdom of Pale mend their feud with King Kenneth of Britannia? Will the kingdom of Pale be able to protect their borders from the invaders and, more importantly, will Brennus even survive if the invaders land on the shores of Pale?
Norris Bloom is a retired school teacher and basketball coach. She taught 5th and 6th grade in the United States before relocating to Upper Basildon, England for 6 years where she developed a love of the English countryside and its people. Additionally, she traveled extensively throughout Europe, feeling a kindred spirit to the long ago kings and queens that once roamed the castles found in all the ancient kingdoms.