The Enemy (An Enemy Novel #1) (Paperback) 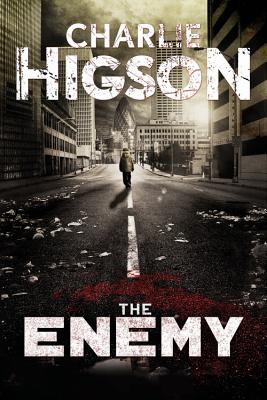 The Enemy (An Enemy Novel #1) (Paperback)

This is book number 1 in the An Enemy Novel series.

In this first book in a series set in post-apocalyptic London, children under the age of sixteen must battle for survival against grown-ups who succumbed to a disease that turned them into flesh-eating monsters.

In the wake of a devastating disease, everyone sixteen and older is either dead or a decomposing, brainless creature with a ravenous appetite for flesh. Teens have barricaded themselves in buildings throughout London and venture outside only when they need to scavenge for food. The group of kids living a Waitrose supermarket is beginning to run out of options. When a mysterious traveler arrives and offers them safe haven at Buckingham Palace, they begin a harrowing journey across London. But their fight is far from over-the threat from within the palace is as real as the one outside it.

Full of unexpected twists and quick-thinking heroes, The Enemy is a fast-paced, white-knuckle tale of survival in the face of unimaginable horror.
Charlie Higson is an acclaimed writer of screenplays and novels, and also a performer and the co-creator of the British television programs The Fast Show and Bellamy's People. He is an expert on James Bond and is the author of the internationally best-selling Young Bond series. Charlie, a big fan of horror movies, is hoping to give readers many sleepless nights with the Enemy series. He lives in London. Follow him on Twitter @monstroso.
Praise for The Enemy:A Junior Library Guild Selection