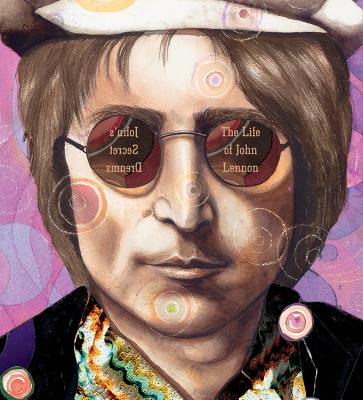 This is book number 2 in the A Big Words Book series.

A picture book biography of one of the most iconic musicians of all time.

John Lennon's influence on music and culture is legendary. From a young age, he dreamed of fame and fortune. When he achieved it as one of the Beatles, he recognized the need for a deeper meaning. His inner search for happiness shaped his life and brought new dimension to the world of rock 'n' roll.

Doreen Rappaport and Bryan Collier present John Lennon's life through a combination of narrative and song lyrics, cut-paper collage and watercolor art-capturing the energy and the essence of a man whose vision and creative genius continue to inspire people today.
Doreen Rappaport has written numerous award-winning books for children, including Freedom Ship and The School Is Not White (both illustrated by Curtis James); Martin's Big Words: The Life of Dr. Martin Luther King, Jr., a Caldecott Honor Book and Coretta Scott King Honor Book illustrated by Bryan Collier; and John's Secret Dreams: The Life of John Lennon, also illustrated by Bryan Collier.

Bryan Collier's first book, Uptown, published in 2000, received a Coretta Scott King (CSK) Illustrator Award, as well as an Ezra Jack Keats Award. The same year, Freedom River, which he illustrated, received a CSK Illustrator Honor Award. He is the illustrator of Martin's Big Words, for which he received his first Caldecott Honor Award and a CSK Honor Award. He received his second Caldecott Honor Award in 2006, as well as another CSK Award for Rosa, written by Nikki Giovanni. He is also a New York Times bestseller with Barack Obama, written by Nikki Grimes, which reached the #1 spot in picture books during its 20 weeks on the list and received a 2009 NAACP Image Award for Best Children’s Book, and has illustrated many other acclaimed, award-winning titles.
"This beautiful and stirring tribute will surely send readers to bookshelves and the music stores to learn more about the man."—School Library Journal

“Rappaport and Collier combine a spare, poetic text and watercolor-and-collage illustrations to introduce readers to John Lennon and as varied references as Lewis Carroll, Elvis Presley, Chuck Berry, Little Richard, the war in Vietnam, and the civil rights movement. A lively, if unusual, take on the pop-culture icon, whose music is as fresh today as it was then.”—Kirkus Reviews

“This ambitious picture book reveals plenty of research and an affinity for the subject. Formatted in brief lines the text describes pivotal moments in Lennon’s life, interspersing lines from his songs in larger colored type.”—Horn Book