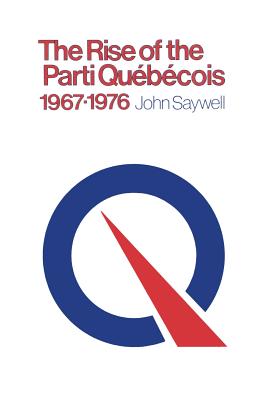 
Not On Our Shelves—Ships in 1-5 Days
(This book cannot be returned.)
One of Canada's leading historians and political commentators traces the evolution of the Parti qu b cois from 1967 to 1976. This account, collected from yearly political surveys originally published in the Canadian Annual Review between 1967 and 1975, provides a complete and objective narrative of the party's history and its context in Quebec politics and society.
Professor Saywell draws the story together with an introduction, a linking narrative, and a final chapter on 1976 and the events surrounding the party's stunning victory in the November election.
Professor Saywell presents the history of the Parti qu b cois as it happened in a book that will interest all concerned with the destiny of Quebec and Canada.