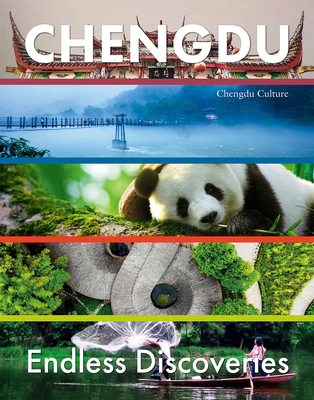 
Not On Our Shelves—Ships in 1-5 Days
Chengdu: Endless Discoveries systematically introduces the urban construction and characteristic creation of 23 districts (cities) and counties in Chengdu, and makes indispensable reading for a comprehensive understanding of Chengdu.

Under the guidance of the new development concept, Chengdu connects the past, present, and future of itself, and builds homes of nostalgia for its citizens. This book is divided according to the 23 districts (cities) and counties in Chengdu. Taking time as the thread, from history to reality, it tells the significant progress and achievement in planning and construction of each district, city, and county as Chengdu strives to build a park city that implements the new development concept, and depicts the prospect of a wonderful life for the locals. There is not only the modern creation and transformation of traditional culture and folk customs, but also how new landmarks and new buildings can vitalize the development of various regions, as well as cultural and tourism creativity, sceneries and specialties, industrial evolution . . .
Sponsored by Chengdu Media Group, Chengdu Culture magazine was launched in October 2017. As a special publicity carrier for Bashu civilization and Sichuan culture, it is focused on “building a world-renowned cultural city” and “a kind of life aesthetics called Chengdu.” It digs deep into Chengdu’s urban spirit, collective character, and lifestyle, and spreads the beauty of Sichuan culture and that of life in Chengdu.