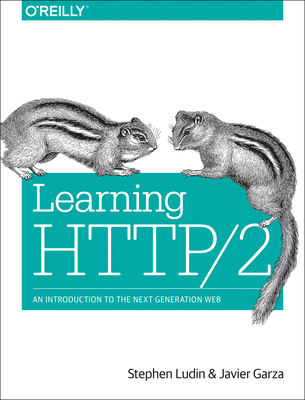 What can your organization gain by adopting HTTP/2? How about faster, simpler, and more robust websites and applications? This practical guide demonstrates how the latest version of the Hypertext Transfer Protocol can dramatically improve website and application performance. You'll take a deep dive into HTTP/2 details, and learn how this updated protocol is changing the web landscape.

HTTP/1.1 has been the primary means of communicating data across the web for the past 20 years, but the level of interaction today has gone well beyond what people envisioned in 1997. With this book, authors Stephen Ludin and Javier Garza show you how HTTP/2 will help speed the execution of modern sites and applications.

With this book, you'll explore:

HTTP/2's effect on specific issues such as latency, packet loss, and Time to First Byte (TTFB)
Stephen Ludin is a Chief Architect for Akamai's Site Acceleration and Security group. He joined Akamai in 2002 and works out of Akamai's west-coast headquarter in San Mateo, California. His primary focus has been on projects related to the core proxy technology that is responsible for routing, accelerating, and securing Akamai's traffic.Most recently, as a technology leader in the Web Acceleration team, he has been leading the efforts behind Akamai's next generation acceleration platform and its security and fraud prevention technology stack.Ludin received his degree from the University of California at San Diego in Computer Music where his coding abilities were used in writing C programs to create experimental music. We are all grateful for his decision to use his technical and management skill in a more aesthetically pleasing realm of making the web a faster and safer realm for commerce and communications.Javier Garza is a multi-lingual technology evangelist who loves taking things apart, understanding how they work, and finding the best/most practical way of improving them. He started hacking basic-based computer games at the age of 9, and has been working with computers for the past 25 years in Spain, Germany, and the US (half that time at Akamai helping the largest Websites on the Internet run faster and more secure).