Three Sheets to the Wind: The Nautical Origins of Everyday Expressions (Paperback) 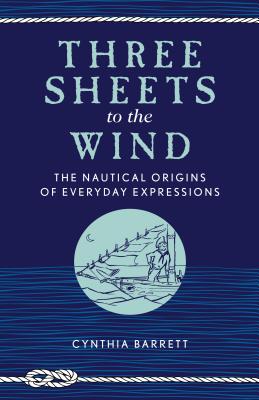 Three Sheets to the Wind: The Nautical Origins of Everyday Expressions (Paperback)


Not On Our Shelves—Ships in 1-5 Days
The origins of a remarkable number of everyday words and phrases are anchored in our seafaring past. Three Sheets to the Wind: The Nautical Origins of Everyday Expressions is an entertaining compilation revealing the maritime roots of common English expressions. The original "slush fund" was the fatty scraps from boiled meat that the ship's cook secretly stashed away to sell at port to candle makers. The man who originally "turned a blind eye" was Admiral Nelson. In one of Naval history's most famous acts of insubordination, Nelson, in the heat of battle, raised his telescope to his blind eye and announced he could not see the signal flag commanding him to break off action. The perfect companion for etymology lovers, factophiles, ocean dreamers, and the conversationally curious, Three Sheets to the Wind features 200 words and expressions that are nautically inspired. Alphabetically organized (from A to Sea) readers can also enjoy 100 original illustrations as well as relevant excerpts from the great novels of Melville, Forester, O'Brian, and others. These passages illustrate how such literary giants reached for these expressions in their classic masterpieces. Our everyday speech is peppered with language used by sailors when someone says they are "pooped" because they stayed to the "bitter end" of "happy hour".
Cynthia Barrett is a senior editor at Metro Books, an imprint of Sterling Publishing Company. She is an avid sailor and has a long family history near the sea. Her great-grandfather, George Washington Barrett, was a whaler out of Cold Spring Harbor, Long Island, and as such he sailed around Cape Horn three times. In the Civil War he served as Commanding Officer of the USS Whitehead during the Battle of Albemarle Sound. Her father was a lieutenant in the Navy and was in the D-Day invasion of France. She lives in New York City.