A Boy in Hiding (Paperback) 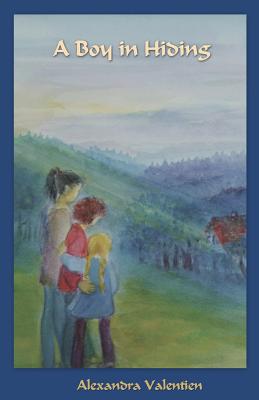 A Boy in Hiding (Paperback)


Not On Our Shelves—Ships in 1-5 Days
(This book cannot be returned.)
"Cassie, look " Frieda cried suddenly. "One of the upstairs shutter is open " All three sisters, Frieda, Cassandra, and Gretchen, stared at the old, somewhat mysterious house at t he edge of the woods which had been deserted for more than twenty years. What's going on there now? Soon they will learn more. But why don't they want to tell anyone else about their experiences? This is a tale of three girls in Southern Germany discovering a refugee boy with a talent for playing the violin, and how their lives intertwine.
Alexandra Valentien was born in China before the revolution, and spent several years of her childhood there. Then her Canadian family moved back to Canada where she eventually became a journalist. After WWII, she went to Europe to assist in the schools and camps for displaced persons. She became a teacher, joined the Camphill School in Scotland, a residential school for children with handicaps, where she met her late husband. They eventually relocated to Germany, his homeland, where she and her daughter live still.