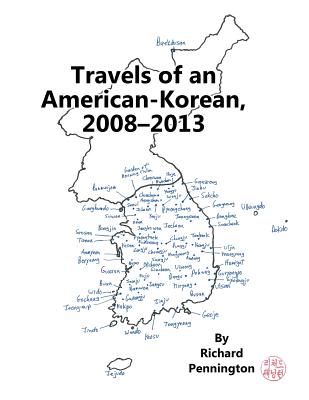 
Not On Our Shelves—Ships in 1-5 Days
(This book cannot be returned.)
COME ALONG WITHTHE ADVENTUROUS EXPAT Over a five-year span, Texas-born Richard Pennington explored almost every part of the Land of the Morning Calm. This book details 91 of his trips throughout South Korea, plus one at Baekdusan on the China-North Korea border. Most of them start with a subway ride to one of Seoul's bus terminals, going to a new destination, finding a cheap hotel room and then just looking around. He usually packs a couple of "I love Korea" T-shirts for kids he may meet.Pennington, an editor at a Gangnam-area law firm, is drawn to places that display Korean history: a museum dedicated to some painter or poet, King Sejong's tomb, a 900-year-old Buddhist temple, the site of a key battle in the Donghak peasant rebellion, tunnels dug beneath the DMZ by North Koreans, a memorial to the heroine Nongae, reconstructed Bronze-Age villages and much more.He savors the beauty of Korea, making stops at Lake Uiljimri in Jecheon, the lush garden on the island of Oedo, Gucheondong near Muju and lots of mountains-Hallasan, Taebaeksan and Seoraksan to name a few. Our author descends into caves (Hwaseong and Seongnyu), climbs lighthouses (Odongdo and Sokcho), swims at beaches (Haeundae, Mallipo, etc.), gazes upon rolling valleys (Buso and Cheorwon), encounters pumba singers (Janghowon and Guryongpo) and gives an impromptu speech to some ROK soldiers (Okcheon). Listen and you can almost hear the old Korean folk song "Arirang" as he traverses the peninsula.