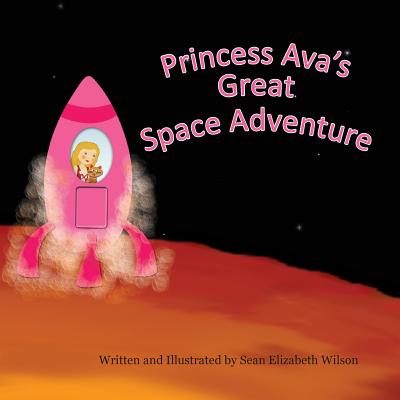 
Not On Our Shelves—Ships in 1-5 Days
(This book cannot be returned.)
Princess Ava has grown tired of the duties required of being a princess. She wants nothing more than to visit the planets she sees twinkling far off in the night sky. Along with the help of her cat, Mr. Mo, she builds a rocket, hoping to launch on her own adventure someday. Mr. Mo has other plans ... and someday may be closer than she thinks Author and illustrator Sean Wilson, has dedicated the past 22 years of her career promoting the importance and wonder of space exploration and can't wait until humans are able to explore deep space. With "Princess Ava's Great Space Adventure," Sean teaches readers to follow their dreams, no matter how big they are, while painting a fun and educational picture of the planets in our own galaxy.
Sean Elizabeth Wilson is a wife, mother of two, and an avid space enthusiast. She has dedicated her career to promoting the importance and wonder of space exploration. A native Houstonian, Wilson's love of space began in the early 1980's on a trip to visit NASA's Johnson Space Center with her family. After high school, she opted to join the U.S. Air Force in lieu of college and landed, appropriately, in Space Command. After serving four years, she went on to work at NASA in various roles from training astronauts to speaking to children's groups about the importance of space exploration. In 2011, Wilson left NASA to lend her public relations expertise to the commercial aerospace and defense industry. Wilson currently lives outside of Houston, Texas, with her husband Charles (who works in Mission Control at NASA's Johnson Space Center), her 10 year old daughter and her infant son. Wilson holds a BA in Communication and an MA in Professional Writing and Applied Design from the University of Houston-Clear Lake.