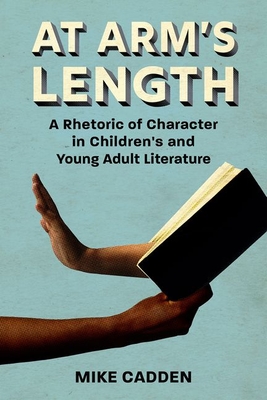 
Not On Our Shelves—Ships in 1-5 Days
Literary critics and authors have long argued about the importance or unimportance of an author's relationship to readers. What can be said about the rhetorical relationship that exists between author and reader? How do authors manipulate character, specifically, to modulate the emotional appeal of character so a reader will feel empathy, awe, even delight? In At Arm's Length: A Rhetoric of Character in Children's and Young Adult Literature, Mike Cadden takes a rhetorical approach that complements structural, affective, and cognitive readings. The study offers a detailed examination of the ways authorial choice results in emotional invitation. Cadden sounds the modulation of characters along a continuum from those larger than life and awe inspiring to the life sized and empathetic, down to the pitiable and ridiculous, and all those spaces between. Cadden examines how authors alternate between holding the young reader at arm's length from and drawing them into emotional intensity. This balance and modulation are key to a rhetorical understanding of character in literature, film, and television for the young. Written in accessible language and of interest and use to undergraduates and seasoned critics, At Arm's Length provides a broad analysis of stories for the young child and young adult, in book, film, and television. Throughout, Cadden touches on important topics in children's literature studies, including the role of safety in children's media, as well as character in multicultural and diverse literature. In addition to treating "traditional" works, he analyzes special cases--forms, including picture books, verse novels, and graphic novels, and modes like comedy, romance, and tragedy.
Mike Cadden is past president of the Children's Literature Association. He is author of Ursula K. Le Guin beyond Genre: Fiction for Children and Adults and editor of Telling Children's Stories: Narrative Theory and Children's Literature and Teaching Young Adult Literature.