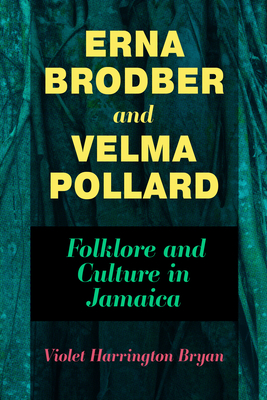 
Not On Our Shelves—Ships in 1-5 Days
Erna Brodber and Velma Pollard, two sister-writers born and raised in Jamaica, re-create imagined and lived homelands in their literature by commemorating the history, culture, and religion of the Caribbean. Velma Pollard was born in St. Catherine, Jamaica. By the time she was three, her parents had moved to Woodside, St. Mary, in northeast Jamaica, where her sister, Erna, was born. Even though they both travel widely and often, the sisters both still live in Jamaica. The sisters write about their homeland as a series of memories and stories in their many works of fiction, nonfiction, and poetry. They center on their home village of Woodside in St. Mary Parish, Jamaica, occasionally moving the settings of their fiction and poetry to other regions of Jamaica and various Caribbean islands, as well as other parts of the diaspora in the United States, Canada, and England. The role of women in the patriarchal society of Jamaica and much of the Caribbean is also a subject of the sisters' writing. Growing up in what Brodber calls the kumbla, the protective but restrictive environment of many women in the Anglo-Caribbean, is an important theme in their fiction. In her fiction, Pollard discusses the gender gaps in employment and the demands of marriage and the special contributions of women to family and community. Many scholars have also explored the significance of spirit in Brodber's work, including the topics of "spirit theft," "spirit possession," and spirits existing through time, from Africa to the present. Brodber's narratives also show communication between the living and the dead, from Jane and Louisa (1980) to Nothing's Mat (2014). Yet, few scholars have examined Brodber's work on par with her sister's writing. Drawing upon interviews with the authors, this is the first book to give Brodber and Pollard their due and study the sisters' important contributions.
Violet Harrington Bryan is professor emerita of English at Xavier University of Louisiana. She is author of The Myth of New Orleans in Literature: Dialogues of Race and Gender, and her work has appeared in such journals as American Scholar, College Language Association Journal, and Louisiana Literature.