The King's Journal: From the Horse's Mouth (Paperback) 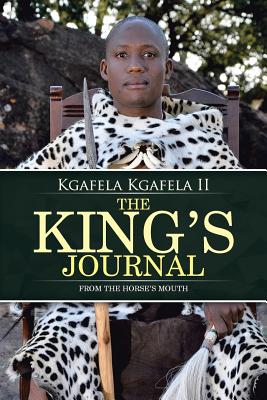 The King's Journal: From the Horse's Mouth (Paperback)

Welcome to The King's Journal.

Traditional leadership and the way of life in Africa have been destroyed by postcolonial republican society through an insidious program of political governance and foreign culture, which uses foreign law, foreign language, and black magic to suppress tradition.

The King's Journal is a unique expos of African tradition written by an African king who has life experiences in both worlds of tradition on one hand and foreign law in the other.

The journal is outstanding in its ability to explore the shadow side of law, tradition, and politics that has brought about a clash of cultures in Africa. The conflict of cultures highlighted is responsible for the present-day poverty and other forms of strife in postcolonial Africa. The journal offers deeper understanding of these salient dynamics of history and politics within black society in Southern Africa and traditional ceremonies, with special focus on the rituals of the royal leopard, the coronation of a king, magic and initiation schools-all presented from the horse's mouth of an African king living the experiences.

Book 1 is subtitled "From the Horse's Mouth" to denote the firsthand nature of the stories told. It consists of several stories within one long narrative extracted from an ongoing journal-hence the main title "The King's Journal." The stories are, by themselves, a biography of the king, told in a conversational style in the form of letters to the reader. There is sure entertainment for everyone seeking cultural diversity and a new way of viewing life, be they game hunters, adventurers, horse lovers, lawyers, politicians, philosophers, traditionalists, occultists, shamans, religious people, and the royals of the world.