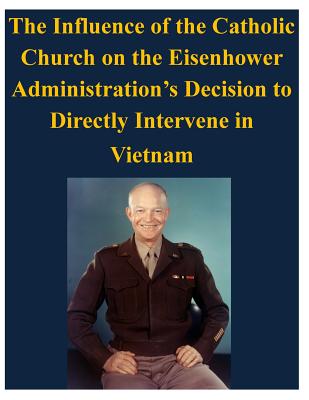 By U. S. Army Command and General Staff Col


Not On Our Shelves—Ships in 1-5 Days
(This book cannot be returned.)
After World War II the United States (U.S.) struggled to counter communist expansion by establishing a world order that fostered capitalism. Key to success in the Asian-Pacific region was rebuilding the Japanese economy as a capitalist power. Toward that end, the U.S. indirectly supported the French during the First Indochina War to recolonize and take advantage of the area's raw materials. The French failed and agreed in the Geneva Accords to partition the country with a goal of reunifying North and South Vietnam. The U.S. realized the Viet Minh would dominate and gain control of the country providing a communist victory in the region. Unwilling to accept this, the U.S. pressured Emperor Bao Dai to install Ngo Dinh Diem as Premier of South Vietnam. This was based in part on Diem and his family's Catholic heritage, which led to pressure from leaders in the U.S. who were either Catholic or sympathetic to the Catholic Church. Ultimately, influence from the Vietnamese Catholic Church, the American Catholic Church, and the Vatican would become a factor in the foreign policy decisions by the Eisenhower Administration as they related to Vietnam. These decisions led to direct involvement in Vietnam and eventually the Vietnam War.