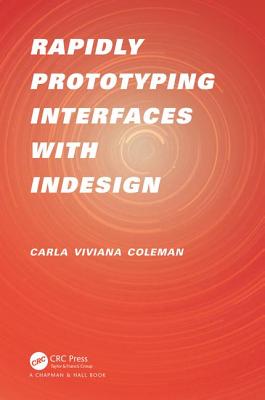 No available book provides this information.The reader will learn how to prototype a wide range of interfaces for both desktop and movile platforms.The book will include software screen shots and guide the reader step by step.The example prototypes will be interactive. Users can test them using interactive devices, such as desktop computers, tablets or mobile phones.The reader will learn how to prepare an effective portfolio and resume.
Carla Viviana Coleman Cordova is an educator, researcher, writer, designer, and artist. She is the author of several books such as: Visual Experiences: A Concise Guide to Interface Design (2017), Web Typography: A Handbook for Graphic Designers (2012), and Type and Code: Processing for Designers (2009). Her work has been featured online in The Conversation, Scientific American, Salon, and the Christian Science Monitor. Also, her work has been published in the books: Indie Publishing (2008) and Graphic Design: The New Basics (2008), both published by Princeton Architectural Press. Coleman's work has been exhibited in The Siggraph Exhibition Conference, Ssamzie Space, Gallery 175 in Seoul, Korea, and others. In addition, she served on the Board of Directors of AIGA Baltimore.