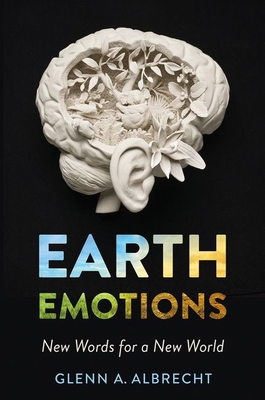 By Glenn A. Albrecht

As climate change and development pressures overwhelm the environment, our emotional relationships with Earth are also in crisis. Pessimism and distress are overwhelming people the world over. In this maelstrom of emotion, solastalgia, the homesickness you have when you are still at home, has become, writes Glenn A. Albrecht, one of the defining emotions of the twenty-first century.

Earth Emotions examines our positive and negative Earth emotions. It explains the author's concept of solastalgia and other well-known eco-emotions such as biophilia and topophilia. Albrecht introduces us to the many new words needed to describe the full range of our emotional responses to the emergent state of the world. We need this creation of a hopeful vocabulary of positive emotions, argues Albrecht, so that we can extract ourselves out of environmental desolation and reignite our millennia-old biophilia--love of life--for our home planet. To do so, he proposes a dramatic change from the current human-dominated Anthropocene era to one that will be founded, materially, ethically, politically, and spiritually on the revolution in thinking being delivered by contemporary symbiotic science. Albrecht names this period the Symbiocene.

Glenn A. Albrecht is an Australian environmental philosopher. He established the now widely used and accepted concept of solastalgia, or the lived experience of negative environmental change. He retired from Murdoch University in 2014 as a Professor of Sustainability, and he is now an Honorary Associate in the School of Geosciences at the University of Sydney.