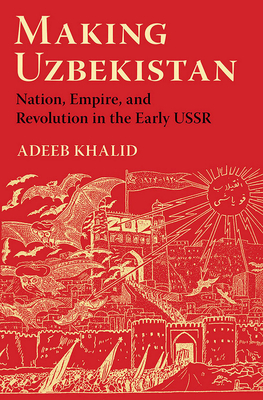 In Making Uzbekistan, Adeeb Khalid chronicles the tumultuous history of Central Asia in the age of the Russian revolution. He explores the complex interaction between Uzbek intellectuals, local Bolsheviks, and Moscow to sketch out the flux of the situation in early-Soviet Central Asia. His focus on the Uzbek intelligentsia allows him to recast our understanding of Soviet nationalities policies. Uzbekistan, he argues, was not a creation of Soviet policies, but a project of the Muslim intelligentsia that emerged in the Soviet context through the interstices of the complex politics of the period. Making Uzbekistan introduces key texts from this period and argues that what the decade witnessed was nothing short of a cultural revolution.

Adeeb Khalid is Jane and Raphael Bernstein Professor of Asian Studies and History at Carleton College. He is the author of Islam after Communism and The Politics of Muslim Cultural Reform.